skip to main | skip to sidebar

Who is Karen David?

I Need You, sings Karen David, and who could resist such an offer? The exotic star has everything you've been looking for: talent, sex appeal and a star quality that shines through everything she puts her passion to. 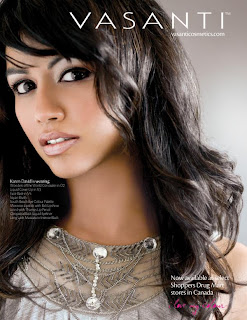 The stylish singer, songwriter and actress may be this year's hottest new thing, but Karen is no stranger to the world of showbiz. Handpicked by Bill Cosby to star alongside him in a TV commercial for Jell-O at the age of six, the multi-talented 26-year-old has spent her whole life doing what she does best: putting on dazzling performances to win admirers wherever she goes. Born in Shillong, at the foot of the Himalayas and raised in Toronto, Canada, by a half Chinese/Khasi mother and a father from Chennai, the ever-alluring Karen was never one to be confined by the expected boundaries.

At 17, she won a scholarship to the prestigious Berklee College Of Music in Boston to study jazz and gospel, where she discovered her flair for songwriting. A few years later, she moved to London to study at The Guildford School of Acting and, the moment she announced, "I Have a Dream", Benny Andersson snapped her up in a shot to join the original cast of the hit musical, "Mamma Mia!". Film director, Shekhar Kapur, brought his friend, the legend of Indian music, A R Rahman, who was developing" Bombay Dreams" at the time, down to see the show. He was impressed by Karen and asked her to assist him and Don Black, in the development of the material for Bombay Dreams. Her reward was to be invited to perform some of the songs on stage on his highly acclaimed sell-out US and Canada tour. This was the start of a friendship that has led to Karen writing and recording with A R Rahman at his Panchathan Record Inn studios in Chennai, India.

Her acting career has maintained her profile as she took the time to develop her sound, with onscreen appearances in "Batman Begins" and Johnny Vaughn's cult favourite, "Top Buzzer" on MTV UK & Europe and Channel 5. Most recent credits have included lead roles in Tamasha Arts stage production of "Strictly Dandia", Steven Seagal's latest action flick, "Flight of Fury", and Kevin Macdonald's short film, "Eureka", for Shell Oil. She's becoming a regular face in the UK's mainstream and Asian Media with features in leading publications such as Asian Woman, Asiana, Brit-Asian, and Anokhi, where she graced the cover of their 5th Anniversary edition. 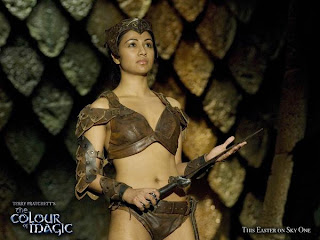 A supporting role in the hard-hitting, movie, "Provoked", alongside the likes of Aishwarya Rai, Naveen Andrews, Miranda Richardson and Robbie Coltrane has brought her into contact with major players in the Bollywood film industry and the soundtrack for the movie found her back in A R Rahman's Chennai studio to write and record with him the powerful, "Alive", the theme song that captures the essence of the infamous story of the abused woman, Kiranjit Ahluwalia, who refused to let the world crush her.

Karen's enthusiasm for performing live has seen her perform with the Inklein Quartet and tabla genius, Sirish Kumar, at key venues across London, from the Jazz Cafe and Ronnie Scotts to the Ritzy Cinema Brixton, and an invitation to play the very prestigious Nehru Centre in Mayfair (The Cultural Wing of the Indian High Commission). She's already notched up a few hits on the festival circuit including Glastonbury, Wychwood and the Secret Garden Festival.

The priority now is to complete her debut album, "Me Versus Me". She's been working with an A-list team that includes the beautiful, eclectic Bombay Dub Orchestra (Garry Hughes and Andrew T Mackay), and songwriter-producers Rob Wells, Damian Legassick, Andy Bradfield and, of course, A R Rahman. The breathtakingly original songs marry her velvet smooth voice and quirky insights with progressive dub pop, set against an exotic backdrop that could only have been painted by Karen David. 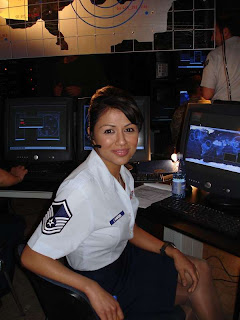 Karen has been super busy most recently with preparations for her second EP release, "The Live Sessions". Growing up in a house filled with love for all kinds of music, Karen's parents would take her regularly to the local amusement park to hear some of the music industry’s greatest legends perform: Smokey Robinson, Herbie Hancock, The Temptations, Dionne Warwick, Kool and the Gang and Neil Sedaka to mention a few. So it came as no surprise when Karen announced that she had wanted to record a live sessions ep of her forthcoming album tracks – in the old school tradition. With no computer in sight, “The Live Sessions” ep was recorded organically and live at Antonio Feola’s Fish Factory Studio in Dollis North London on equipment from the golden age of valve technology. This has given the recordings a truly distinctive feel where the ‘The Live Sessions’ vividly captures Karen's magical, live sound.

Opening track ‘Magic Carpet Ride’ is an epic musical homage to Bollywood blockbuster “Dum Maro Dum”, while ‘Carry Me Home’ showcases Karen’s voice and features the exquisite Inklein Quartet and the extraordinary string arrangements of Steve Bentley-Klein. ‘All I Need’ meanwhile is the result of a collaboration with Jonas Quant, a young writer discovered by Karen on myspace, who has since written for Kylie Minogue, while the flamenco-tinged “Pink Glasses,” and “Shillong Shillong” an autobiographical song about Karen’s remarkable roots. But no matter how far Karen has come, where she is going is every bit as exciting and ‘The Live Sessions’ is an incredibly exciting statement of intent from an artist tipped for big and beautiful things... 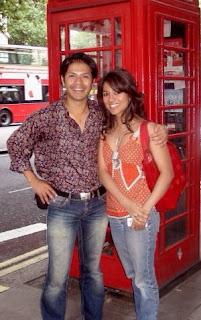 2008 also sees the premiere of her movie, "The Colour of Magic", where she was filming alongside Sir David Jason, Sean Astin, Tim Curry and Jeremy Irons, in the SKY TV movie adaptation of the Terry Pratchett novel. She plays the warrior princess, Liessa the Dragonlady.

Karen has also just finished filming Universal Studios' prequel, "The Scorpion King: Rise of the Akkadian", in Cape Town, South Africa, where she plays the fiesty, and beautiful Layla. Directed by Russell Mulcahy (Resident Evil: Extinction, Highlander), she co-stars opposite Michael Copon (One Tree Hill), Randy Couture, and Simon Quarterman. 2008 will see the release of both of these films, her second ep and an album release. It's been a journey in the making, but Karen's debut album is almost ready!
Posted by Bremley at 1:39 PM

Bremley
I am a dreamer and I agree with Eleanor Roosevelt that the future belongs to those who believe in the beauty of their dreams!